Kingpin is an American crime drama television series which debuted on the NBC network in the U.S. and CTV in Canada on February 2, 2003 and lasted 6 episodes. NBC's answer to The Sopranos and also influenced by The Godfather, Macbeth and Traffik, the story was about a Mexican drug trafficker named Miguel Cadena and his family life. It was to be followed by a television series, but low ratings canceled those plans. Commercials for the mini-series on NBC featured the song "Más" by the Mexican band Kinky. 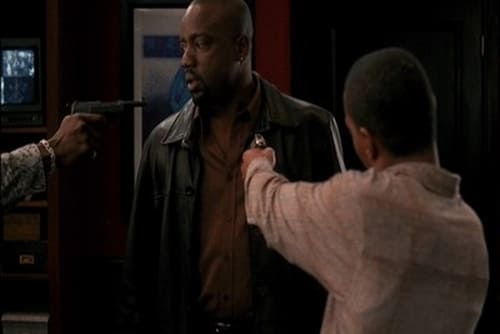 Kingpin ends on a quiet moment, with Miguel accepting Chato back into his life, but opens with a bang as Delia goes against Doug Duffy's orders and ends up saving Undercover Bobby's life during the raid on Truck's club. Dr. Benben tries out a professional bodyguard, but ends up pairing up with Junie. Things with La Corporacion are kind of a mess, but everything works out for the best after Miguel pays the CIA $20 million and the Senator is strangled by a bolo tie. Yes, a bolo tie.