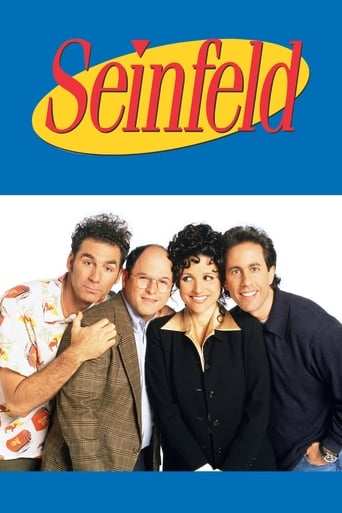 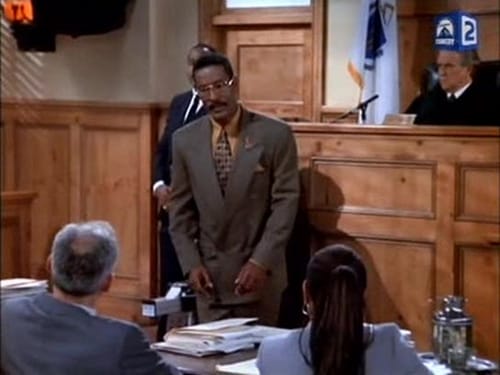 The videotape Kramer made is played for the jury. When the NBC executives arrive, George forgets about the trial for a moment and complains loudly about the plane. The prosecution begins to call their witnesses and each will do more to break down the characters of the foursome. First, the arresting officer is called to the stand, followed by the victim. Then the prosecution begins to call a variety of familiar faces. Starting with the elderly woman that Jerry stole the marble rye from. The virgin, Marla, is called to the stand and she tells the court about the foursome's contest. Further testimony is given by the bubble boy. The woman who needed a handicapped spot. The doctor who was on duty the night Susan died. Sidra, the woman with no implants. Mr. Bookman, the library cop. George's former girlfriend Robin, whose apartment caught on fire. The security guard from the parking garage. A detective from when Kramer was dressed like a pimp. The low-talker tries to testify (only she can't be heard). Steinbrenner talks about calzone and George's communism. The man who runs the cockfights. The pharmacist who sold Elaine a case of contraceptive sponges. A co-worker tells about Elaine's Christmas card. Mr. Pitt tells about when Elaine tried to kill him with a pillow. The soup nazi takes the stand and finally Babu Bhatt returns to the US to tell about the cafe and his deportation. They are "very, very, bad." Rivera Live reports that the jury is in deliberation. Meanwhile, the foursome speculates on life in prison. Estelle tries to bribe the judge to be lenient on George if he's found guilty. A montage of activity is shown while the jury is in deliberation, that includes people we didn't see testifying like the Rabbi, Wilhelm, Keith Hernandez, Bania, Peterman, Puddy, Newman, Mr. Lippman, Poppie, Mr. Ross browsing for a handgun and ends with Jackie Chiles "cross-examining" Sidra outside the courtroom. The jury comes back. Jerry asks Elaine what she was going to say to him on the plane as it was crashing. She responds, "I always loved U-United Airlines." The jury returns a verdict of guilty. The foursome shows no remorse as they are sentenced to a year in jail, for doing "nothing." Jackie testifies to Jerry about Sidra's lack of implants. As the foursome sits in a prison cell, Jerry comments about the second button on George's shirt. A conversation they had nine years earlier on the 5th of July 1989. Jerry closes with a prison-based monologue.