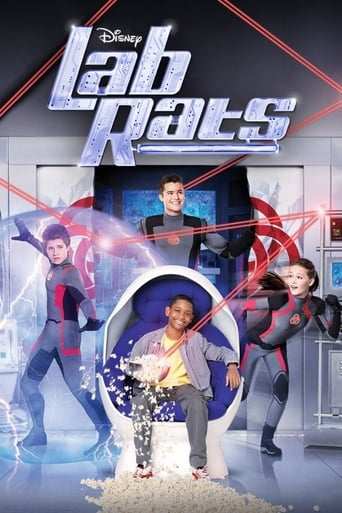 Leo is an ordinary teenager who has moved into a high-tech "smart'' house with his mother, inventor stepfather and Eddy, the computer that runs the house. Leo's life becomes less ordinary when, one day, he discovers a secret underground lab that houses three experiments: superhuman teenagers. The tr... mer

Leo is an ordinary teenager who has moved into a high-tech "smart'' house with his mother, inventor stepfather and Eddy, the computer that runs the house. Leo's life becomes less ordinary when, one day, he discovers a secret underground lab that houses three experiments: superhuman teenagers. The trio -- Adam, the strong one, Bree, the fast one and Chase, the smart one -- convinces Leo and his parents to let them leave their lab and join Leo at school, where they try to fit in while having to manage their unpredictable bionic strengths. As Leo figures out a way to keep his new pals' bionic abilities a secret, they help him build self-confidence. 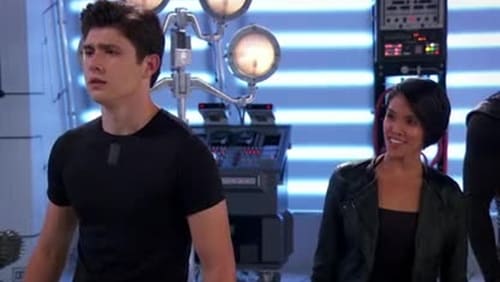 Giselle reveals she dug up Marcus from Douglas' old lair and rebuilt him, piece-by-piece. Marcus wants revenge on Douglas for leaving him to die. Everyone rushes Giselle and Marcus, but Marcus knocks everyone unconscious. Donald and Douglas are tied together in chairs, while Adam, Bree, Chase, and Leo are put in the chamber with the students, while Daniel is pulled out. Giselle burns out the Lab Rats and the students chips but doesn't tell them. Leo is the only one who can use his bionics, so he free's everyone from the chamber. Giselle leaves to stop them, but the Lab Rats let the students escape and they fight Giselle alone. Eventually, they realize that they are more than their bionics, and allow Giselle to cut herself in half. Meanwhile, Marcus tortures Daniel in front of Donald and Douglas, and after failed attempts to turn Marcus to their side, Douglas reveals that Daniel can replicate Marcus' bionics. Daniel uses this ability to blow Marcus up. After everyone regroups, Donald tells the Lab Rats that in order to repair their bionics, they would have to go back to the old lab in Mission Creek. Once there, Donald and Douglas reveal that they created one universal bionic super chip, so they would all get the upgrade. Douglas also reveals that he brought Marcus' parts from Giselle's lab, and he expresses his desire to rebuild Marcus and reprogram him to be good. Everyone else disagrees. Tasha comes down and reveals that she is pregnant with a girl. Perry comes and reveals her relief that everyone's okay. Everyone but Leo goes upstairs to eat, and Leo throws Marcus' parts on the ground. As Leo is walking away, Marcus' regenerates. Leo and Marcus stand off, and before either of them can attack, Douglas blasts Marcus, melting him. Later, as the Lab Rats are packing to go back to the Academy, Donald walks in and tells them that he's splitting them up. It is decided that Adam and Leo would go back to the Academy, while Bree and Chase would stay with Donald to work on a mysterious new project, with a mysterious new team. When Adam and Leo leave, Donald asks Bree and Chase, "Are you ready to start your new adventure?"